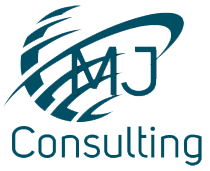 Web design encompasses many different skills and disciplines in the production and maintenance of websites. The term web design is normally used to describe the design process relating to the front-end (client side) design of a website including writing mark up.

Evolution of web design
In 1996, Microsoft released its first competitive browser, which was complete with its own features and tags. It was also the first browser to support style sheets, which at the time was seen as an obscure authoring technique. HTML sites were limited in their design options, even more so with earlier versions of HTML. To create complex designs, many web designers had to use complicated table structures or even use blank spacer. CSS was introduced in December 1996 by the W3C to support presentation and layout; this allowed HTML code to be semantic rather than both semantic and presentational, and improved web accessibility, see tableless web design.

End of the first browser wars
During 1998 Netscape released Netscape Communicator code under an open source licence, enabling thousands of developers to participate in improving the software. However, they decided to stop and start from the beginning, which guided the development of the open source browser and soon expanded to a complete application platform. The Web Standards Project was formed, and promoted browser compliance with HTML and CSS standards by creating Acid1, Acid2, and Acid3 tests. 2000 was a big year for Microsoft. Internet Explorer had been released for Mac, this was significant as it was the first browser that fully supported HTML 4.01 and CSS 1, raising the bar in terms of standards compliance. During this time Netscape was sold to AOL and this was seen as Netscape’s official loss to Microsoft in the browser wars.
New standards
The W3C has released new standards of HTML(HTML5) and CSS(CSS3),as well as new JavaScript API’s each as a new but individual standard. However, while the term HTML5 is only used to refer to the new version of HTML and some of the JavaScript API’s, it has become common to use it to refer to the entire suite of new standards (HTML5, CSS3 and JavaScript).

User experience design and interactive design
Users understanding the content of a website often depends on users understanding how the website works. This is part of the user experience design. User experience is related to layout, clear instructions and labeling on a website. How well a user understands how they can interact on a site may also depend on the interactive design of the site. If a user perceives the usefulness of that website, they are more likely to continue using it. Users who are skilled and well versed with website use may find a more unique, yet less intuitive or less user-friendly website interface useful nonetheless. However, users with less experience are less likely to see the advantages or usefulness of a less intuitive website interface.

We have providing the services into following area of Web Designing: